The 8 Day-340 Mile Walking Challenge for the Rory Walworth Memorial Fund by Will Oldham. 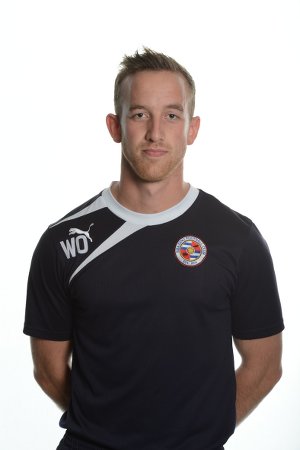 On June 6th Will Oldham will be setting out on an 8-day challenge, covering 340 miles across the South of England and visiting all 24 schools against which he played rugby with Rory Walworth in order to raise money on behalf of the Rory Walworth Memorial Fund for Wheels 4 Life. He will be finishing at Bishop Wordsworth’s Grammar School on 13th June, where he and Rory both grew up playing rugby together in a team of incredibly close friends, all of whom have gone on to various careers around the world but most of whom have already been in touch about the event to help in one form or another.

The idea came about after discussing with a couple of friends how they could go about linking Rory’s two great passions of rugby and cycling. After some deliberation and various equally crazy ideas being thrown around they settled on the Big School Run with the hope that keeping it fairly local to Rory’s hometown would help encourage others to get involved. Even if only in the capacity of providing refreshments en route! Whilst the physical demands are clear to see, he is sure that the mental challenges will be just as tough if not more so to overcome along the way. As much training as he has done to date, the concept of putting one foot in front of the other for over 40 miles a day for over a week is still somewhat troubling!

Rory Walworth was a young man from the south of England who was tragically fatally injured whilst riding his bike. Rory’s family wanted to honour Rory’s memory with something on going, far-reaching and impactful on people’s lives. They have worked tirelessly and to date raised funds for 800 bicycles, which have been distributed in Kenya and Uganda. These bikes have both changed and saved lives. Rory’s name is known very well within the communities that received his bikes. In Kenya there is the Rory Walworth Square and in Uganda our northern district project leader has named his son Rory.

Here is a list of schools Will shall be visiting on the various days, hopefully seeing as many familiar faces along the way as possible:

So if anyone happens to be in Salisbury, Wiltshire on Saturday 13th June then please keep an eye out around Bishop Wordsworth’s Grammar School at about 4pm!

Will Oldham’s twitter is @willoldham89 and he has a link with instagram – @willoldham89 – These will be the platforms for fairly regular training updates!