On 8th, 11th and 16th May 2019 (45 bikes), CIDAR Uganda distributed 60 bikes, 40 bikes and 45 bikes respectively on the above dates to the intended beneficiaries. Majority of the bikes (143) were distributed to children of school-going age) while only 2 bikes were given to the 2 Local Council Chairpersons largely to monitor the usage of the bikes by the beneficiaries among other reasons.

Photo on the right: some of the students who received bikes 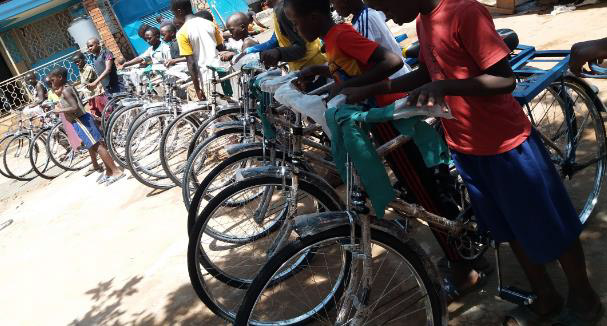 65% of the recipients were already in school while 35% of the beneficiaries had dropped out of schools due to various reasons, including the lack of transport means to access the distant education facilities in the area. Photo on the right: some of the students who received bikes